Re-balancing admissions, rather than reducing them, could turn a divisive issue into a unifying one for the GOP.

In an address last week, President Donald Trump offered an immigration proposal that, in his words, “establishes a new legal immigration system that protects American wages, promotes American values, and attracts the best and brightest from all around the world.” As just about every news outlet that’s covered it has made clear, the proposal is very unlikely to make its way through Congress. But that is hardly surprising. Short of a no-strings-attached mass amnesty, it is difficult to envision Democrats in the House endorsing any legislative proposal from the Trump White House on an issue that has proved so divisive, and so richly resonant to left-of-center activists and donors.

But Trump’s proposal actually gets the framework right for a new approach to immigration policy. Rather than reducing the number of green cards the U.S. grants every year, Trump is now calling for re-balancing admissions to ensure that a higher proportion of new immigrants are poised to achieve labor-market success. Trump has been inching away from steep reductions in legal immigration for some time. If congressional Democrats took this proposal seriously, they could push the administration to follow through on the logic of this plan, adding provisions that would make it both more politically viable and more effective. And for congressional Republicans, the plan offers a chance to turn a divisive issue for their coalition into a unifying one.

I’ve advocated for something like this approach in these pages on a number of occasions, and it is a centerpiece of my recent book. And so I’ve been struck by the Trump proposal’s reception. In short, the vagueness of the proposal has allowed the president’s critics to paint it in the darkest possible light, which is, of course, to be expected. But it is easy to see how a more refined proposal would prove broadly popular among conservatives and moderates, which is why the Trump White House would be wise to stay the course.

The political case for moving from reduction to re-balancing is strong, even if it’s not a position that will satisfy immigration maximalists who see the notion of a more skills-based system as an affront, a group that appears to be over-represented among the journalists who have been covering Trump’s proposal. Consider that a 37 percent plurality of U.S. adults wants to keep legal admissions at their current levels, while 68 percent are opposed to increasing them, proportions that would be higher still among voting adults. Moreover, there is considerable evidence to the effect that most Americans would favor prioritizing educated, English-speaking immigrants employed in high-wage occupations over those who are more likely to find themselves in need of a helping hand. Again, this might irk immigration maximalists, but that doesn’t make it any less true.

10% OFF ALL BUILD THE WALL PRODUCTS 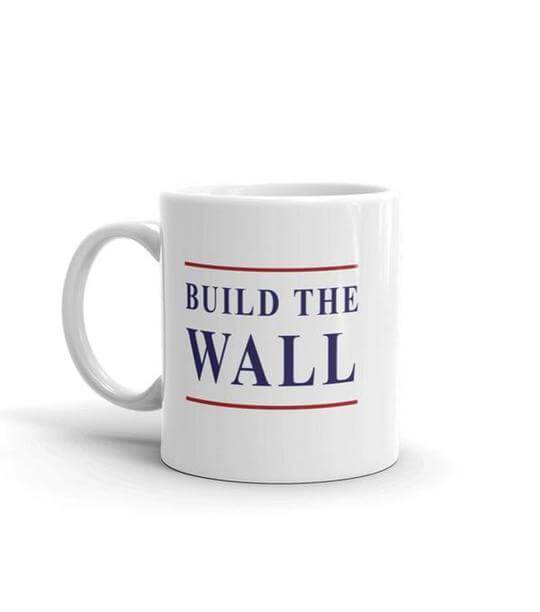 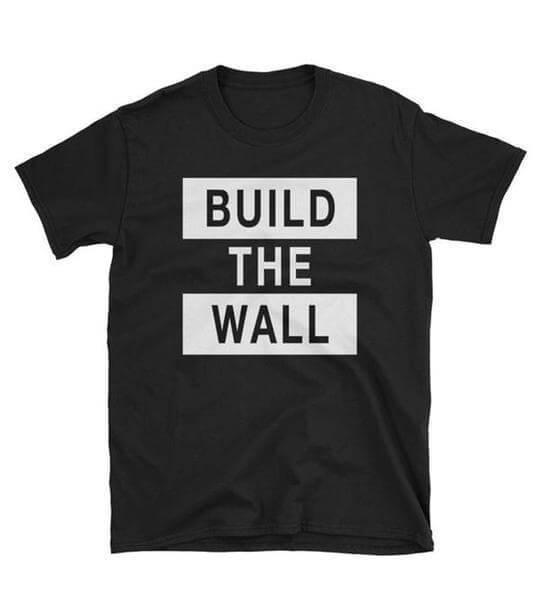 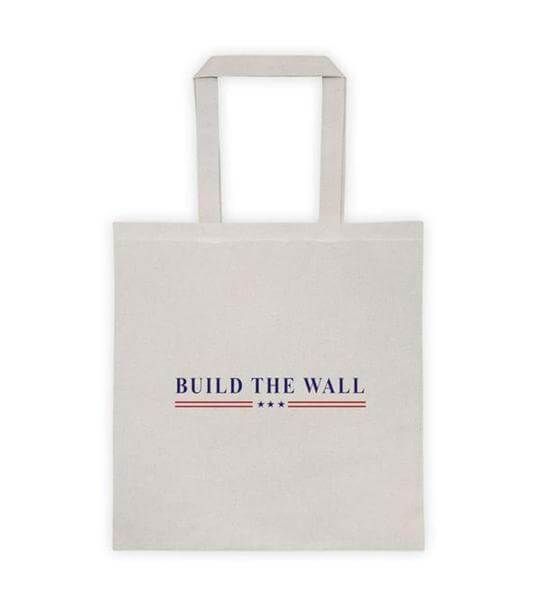 I Support The Wall

Many observers see re-balancing without reduction as a nonstarter, not least out of an expectation that it would alienate the GOP’s restrictionist wing. No doubt there are Republicans who insist that reducing legal-immigration levels is essential, but support for their position has been falling among GOP voters in recent years, from 43 percent in 2006 to 33 percent in 2018, and it has fallen even more sharply among voters at large. Trump’s proposal is therefore best understood as a clear-eyed recognition that the classic restrictionist position is incapable of commanding even a narrow majority, certainly for now.

Then there is the fact that the immigration status quo has a number of quirks that are awfully unattractive from the perspective of many intending immigrants and naturalized citizens hoping to be reunited with their families. In 2017, 46 percent of the 1.1 million people granted lawful permanent-resident status were the spouses, minor children, and parents of U.S. citizens. This group always comprises the lion’s share of permanent visas, because there is no limit on the number of green cards issued to intending immigrants who are considered the immediate relatives of U.S. citizens. Notably, Trump’s proposal appears to leave this category untouched.

An additional 21 percent of green cards were given to so-called family-preference immigrants, who might be the adult siblings of U.S. citizens or the relatives of lawful permanent residents who have yet to naturalize, categories that are subject to maddeningly complicated per-country caps and other numerical limits. Taken together, 67 percent of all permanent visas fell into one of the family-sponsored categories. As for the rest, 13 percent of green cards were granted to refugees and asylum seekers, 12 percent to employment-based immigrants, and 5 percent to winners of the diversity visa lottery.

Among family-preference immigrants, it makes a big difference if you’re petitioning from a country with a large pool of potential green-card holders—including Mexico, the Philippines, India, Vietnam, and China—than one with a small pool, such as Switzerland or Tuvalu. Petitioners from high-pool countries are always bumping up against per-country caps, and so they’re often subject to long wait lists. Because the employment-based categories are so tightly constrained, an intending immigrant waiting for a family-preference visa doesn’t generally have the option of, say, mastering the English language and acquiring valuable skills to improve her chances of gaining admission. Indeed, she’d be better off persuading a U.S. citizen to marry her than to acquire skills that would help ensure she’d be able to thrive in America’s labor market. Needless to say, these incentives are perverse, and the insistence that our current approach to family-based immigration ought to be treated as sacrosanct is nothing short of bizarre.

At the same time, it is also true that Americans value family reunification as a core principle of immigration policy, and they’re wary of proposals that deprecate its importance. With that in mind, I’d suggest modifying, or rather clarifying, Trump’s immigration proposal so that its merit-based system would take family ties into account. Drawing on the Canadian experience, petitioners could be granted points for having an extended-family member who is already a citizen or lawful permanent resident of the U.S., but this wouldn’t be the be-all and end-all. Having a U.S. citizen sibling could give you a boost, but you could move up the queue by gaining valuable skills, or by securing a remunerative job offer from a U.S. employer for whom you’ve been working remotely.

This approach would prove enormously valuable to petitioners from high-pool countries, who are badly disadvantaged by the current system, and it might win over naturalized citizens from such countries, many of whom are frustrated by the decades-long wait lists they’re forced to endure to reunite with loved ones, and who’d welcome a system that would reward their relatives for speaking fluent English. On its own, the case for skills-based immigration risks sounding arid and abstract. While an increased emphasis on skills might stimulate human-capital investment among intending immigrants living overseas, which would benefit them and their neighbors whether or not they manage to settle in the U.S., we tend to neglect the welfare of people we can’t see. Emphasizing that a blended points system of the kind I’ve sketched out would help Filipino Americans and Mexican Americans reunite with loved ones willing to put in a bit of effort would make for a more vivid pitch, and it has the added benefit of being entirely true.

And there is another opportunity the Trump administration could seize: It could draw a more explicit and direct connection between immigration policy and human-capital policy. For example, the U.S. Department of Labor devotes a share of the revenue generated by application fees for the H-1B temporary work visa to fund apprenticeships for U.S. workers, a program with obvious appeal to an administration that often touts its “Hire American” agenda. Revamping the H-1B program by allocating its visas by auction rather than by lottery, as recently proposed by Alessandra Casella and Adam Cox, could improve the program itself by making sure H-1B visas are granted to the most valuable foreign workers and could generate a large increase in revenue, which could then finance the expansion of apprenticeships and other initiatives designed to develop the potential of U.S. workers, perhaps with a particular focus on struggling regions.

Do I expect the Trump White House to pursue the president’s immigration proposal, and to make it more attractive to a larger number of Americans, including naturalized citizens? I’m sorry to say that I’m skeptical. The Trump administration is divided between those who adamantly favor deep reductions in legal immigration and those who back a large-scale expansion of low-skill guest-worker visas, and so the middle ground of re-balancing without reduction is always at risk of being squeezed out. But that is not to say that other ambitious Republicans, and indeed Democrats, couldn’t pick up the baton.