President Trump has crossed the critical 50% approval line needed to win reelection as millennials and independents are moving to embrace him, according to a new survey. 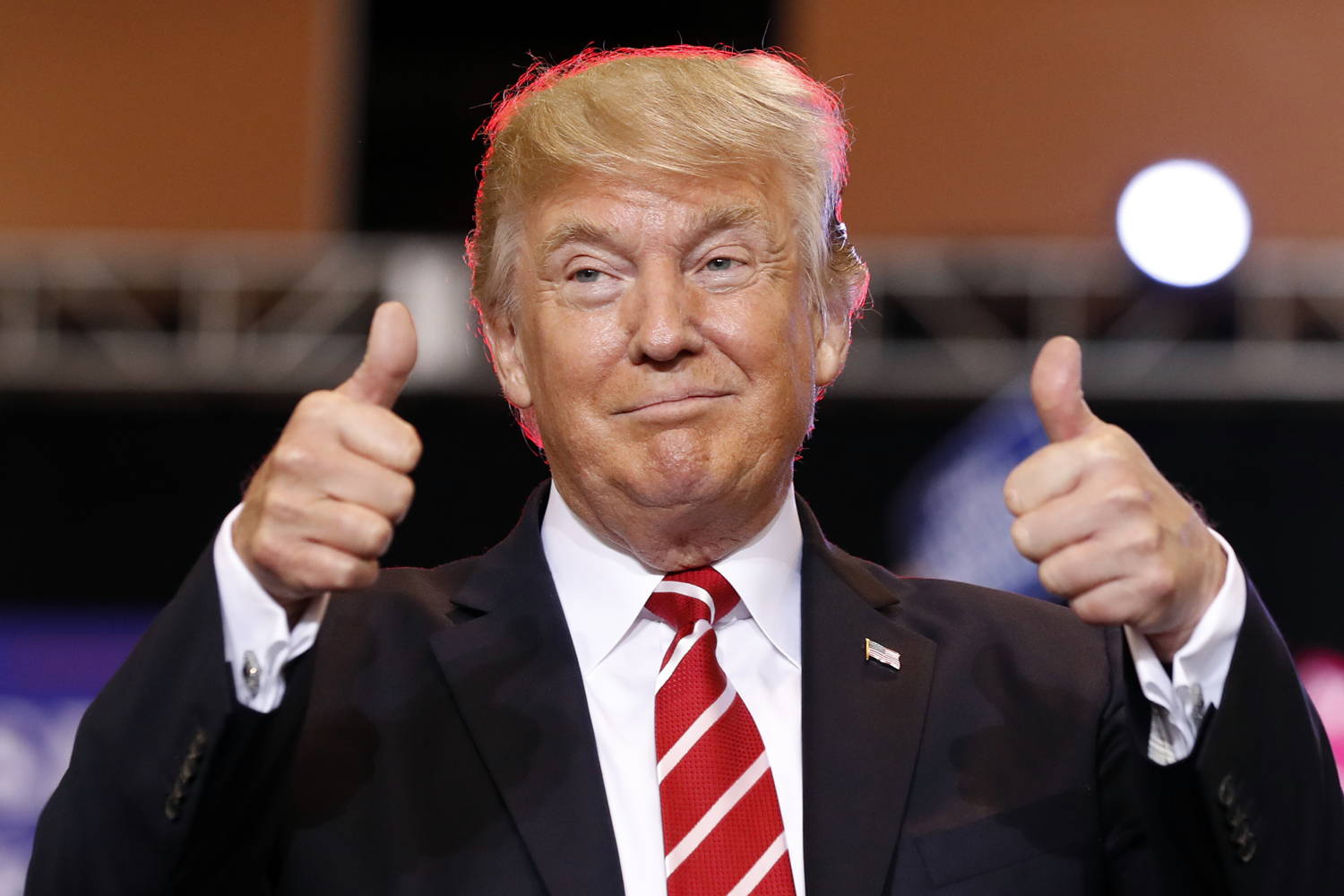 President Trump has crossed the critical 50% approval line needed to win reelection as millennials and independents are moving to embrace him, according to a new survey.

The latest Zogby Poll put Trump’s approval rating at 51%, his highest ever in the trademarked survey.

Zogby Analytics pollster Jonathan Zogby said that the president is riding a booming economy and could be hard to beat should the nation’s economic health continue to improve.

His survey found that several groups that had been leaning against Trump were starting to favor him in large part because they have growing confidence in the economy and Trump's handling of it. Notably millennials and independents have turned in his direction. 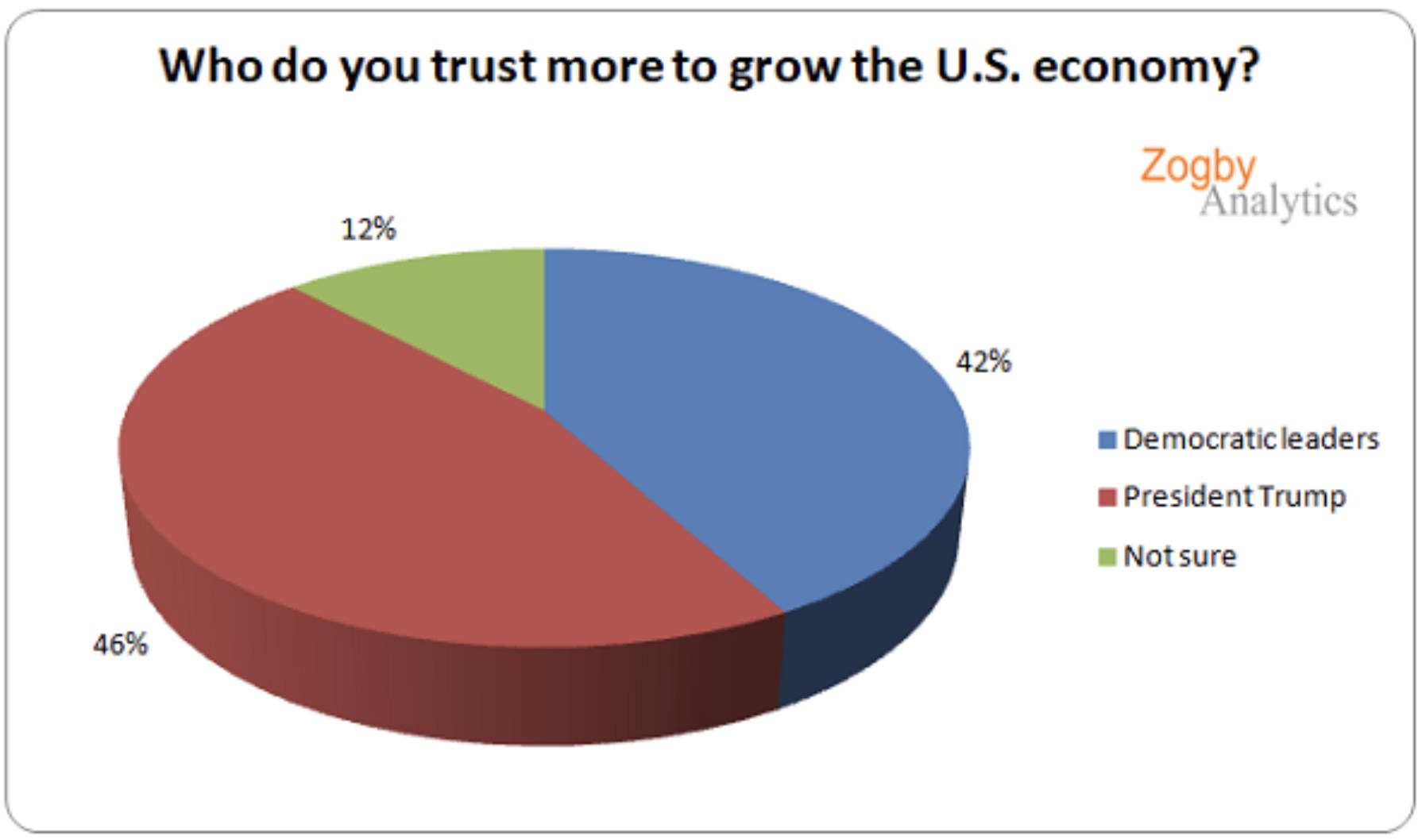 Overall, likely voters said that they trusted Trump over Democrats, 46%-42%, to "grow" the economy.

“With a solid economy, a potentially long and drawn out primary season for Democratic presidential candidates, plus solid gains with independents, millennials, urban voters, college educated voters, and minorities, Trump could be very hard to defeat in 2020,” said Zogby.

“In addition to his base of supporters, Trump might be able to piece together another coalition and produce another improbable victory, as long as everything goes as planned, but we still have a lot of time left on the game clock,” added Zogby.

The Zogby Poll is the latest of likely voters that showed Trump receiving a bump in approval ratings after the release of special counsel Robert Mueller’s 2016 election report. Even Gallup, which surveys the broad category of “adults,” had him at a record high 46% approval.

And, importantly, Trump’s approval rating topped that of former President Barack Obama this far into his first term.

“President Trump's job approval rating has seen a post Mueller report boost. We called it a few weeks ago. But that's not the complete story as to why the president has reached a peak in his job approval rating. Trump is also riding high on positive economic news-a record high stock market, low unemployment, and solid GDP growth at home. At the moment President Trump's approval rating is higher than Obama's at the same point in his presidency. Zogby Analytics had President Obama at 48% approve/52% disapprove on 05/09/2011,” said the pollster’s analysis provided to Secrets in advance of its release.

Zogby’s analysis provided the following takeaways:
- "President Trump's job approval rating is the highest we have on record. A slim majority strongly and somewhat approve of his job performance as president. His numbers are being driven by decent job growth, an inflated stock market, solid GDP figures, and low unemployment, but there are potential foreign policy threats like Iran, North Korea and a trade war with China, which could derail his current popularity with voters."
-  "Besides a good economy and vindication from the Mueller report, Trump's good approval rating is being driven by a surge in popularity among college educated voters, voters living in the Western region, Independents, Millennials, suburban men, urban men, and middle aged voters. Trump's approval rating has improved with minorities — 27% of African Americans and 45% of Hispanics approve of the president-both very good numbers historically for Trump."
- "According to recent job statistics, most job growth in the U.S. has occurred in large to medium size cities, which could also explain the good job performance rating Trump received from large and medium city voters. Trump has recently seen a spike in support among large and medium city voters-almost half of each group approves of his job as president and think the U.S. economy will be positive the next four years."

Original post can be found at The Washington Examiner