The contours of a second-term agenda for President Trump are coming into view, 18 months before the 2020 election

The contours of a second-term agenda for President Trump are coming into view, 18 months before the 2020 election

Immigration and the economy will be at its heart, just as they were during his 2016 run. But issues of trade and deregulation will be there, too — as will a nominal proposal to replace ObamaCare with some as-yet-unspecified legislation.

It’s a very early stage at which to begin laying out a second-term platform. But supporters of the president argue the haste is justified. The Democratic nomination process, featuring a huge field of contenders, is already consuming a lot of media oxygen.

“You have to air these things now,” said Brad Blakeman, a senior staffer in former President George W. Bush’s White House and a strong Trump backer. “Democrats are taking up all this space because you have so many of them. We have to offer all our plans earlier, because the Democrats are otherwise going to be given free rein.”

The president all but admitted his proposal faced little chance of being signed into law in the current Congress, with Democrats in control of the House. Speaker Nancy Pelosi (D-Calif.) called it “dead on arrival.” 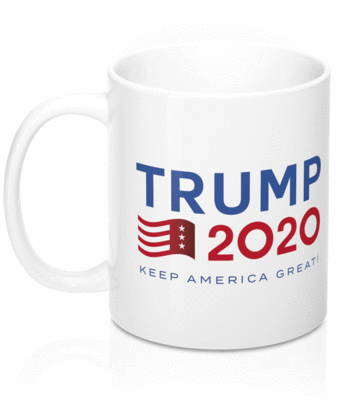 But Trump held out the possibility that his supporters could see the plan come to fruition if only they would reelect him — and put Republicans back in control of a unified government — come 2020.

“If for some reason — possibly political — we can't get the Democrats to approve this merit-based, high-security plan, then we will get it approved immediately after the election, when we take back the House, keep the Senate, and, of course, hold the presidency,” he told the audience in the Rose Garden.

To some, the plan looked less like a serious attempt at legislation and more like a first shot in the 2020 messaging wars — aiming to paint Democrats as obstructionists and giving Republicans a relatively uncontroversial plan to coalesce around.

Its acceptability in GOP circles comes at a price, however — it lacks specifics on the thorniest parts of the immigration issue.

It does not address the fate of millions of people currently living in the United States without authorization, nor does it provide any resolution for the recipients of DACA — the Obama-era Deferred Action for Childhood Arrivals program — which Trump ended.

The president’s position on health care heading into 2020 is even more vague. But he promises something will happen.In March, the administration sent shock-waves through Congress when the Justice Department announced it was supporting the full invalidation of the Affordable Care Act by the courts.

Trump at one point implied that Republicans could find a fix during the current Congress — despite the fact that such a solution has proven elusive in the nine years since then-President Obama signed the original law.

Trump then sought to extricate himself from the tangle by promising on Twitter that the GOP was “developing a really great HealthCare Plan” and that a “vote will be taken right after the Election.”

No serious proposal exists at this point.

There are other issues where it is easier for the administration to point to substance. Trump has proposed $2 trillion in infrastructure spending.

Democrats share a similar overall goal — and Trump had a positive meeting with Pelosi and Senate Minority Leader Charles Schumer (D-N.Y.) on the topic late last month — but negotiations may fall apart over how the money should be raised.

A further meeting among the trio is tentatively scheduled for Wednesday.If infrastructure fails to get done during this Congress, it is an obvious topic to be added to Trump’s 2020 platform.

Similarly, whether or not Congress approves Trump’s updated version of the North American Free Trade Agreement — the United States-Mexico-Canada Agreement (USMCA) — he will emphasize his protectionist trade policies as a major part of his appeal for 2020.

“I do think it’ll be the economy, immigration and trade. It is pretty clear that’s what he wants to talk about,” said GOP strategist Matt Mackowiak.

Dan Judy, a GOP strategist who has been critical of Trump in the past, said that a focus on cultural issues, including immigration and “an anti-elite agenda” including trade issues, helped the president to victory the first time around.

“I think he is going to continue with all those things. I don’t think you’ll hear a lot of specific proposals” beyond “boilerplate lip service” on issues like health care, Judy said.But Judy added that this base-first strategy could work.

“With an approval rating stuck in the low 40s, really that may be his best shot. If you are Donald Trump, campaigning to get to 50 percent-plus-one of the popular vote is probably not going to get the job done,” he said.

An emphasis on the strength of the economy will be central. The current unemployment rate of 3.6 percent is the lowest since 1969. Gross domestic product (GDP) grew by 3.2 percent on an annualized basis during the first quarter of this year.

“Our country, from an economic standpoint, is doing the best probably it's ever done,” Trump boasted at the White House last month.

This was a hyperbolic claim — annual GDP growth, the most important measure, was 2.9 percent last year, the same figure as 2015. GDP growth hit or exceeded 4 percent several times in the 1990s, during President Clinton’s tenure.

Even if the economy is the strongest card for Trump to play, Democrats hope it won’t be enough.

“He may talk a big game, but he has significant problems as he attempts to win a second term,” said Democratic strategist Jim Manley. “His poll numbers continue to be stagnant, and in head-to-head match-ups [in opinion polls] he’s losing to most of the serious Democratic challengers.”

Blakeman, the Trump ally, argued there was one added advantage to unveiling a 2020 agenda early, however.

It greatly reduces the chances of any kind of serious platform fight — “the worst thing that could happen to an incumbent president” — at the Republican National Convention, set for Charlotte in August 2020.Long before then,

Blakeman asserted, there were two elements of the platform above all that needed to be resolved.“Immigration and health care,” he said. “We have to fix them. We have no choice.”