The Case for Optimism After the Trump-Kim Handshake Summit

If real progress is to be made, Washington must fundamentally transform its relationship with Pyongyang.

President Donald Trump secured another historic first in U.S.-North Korea relations earlier today when he crossed into North Korean territory at Panmunjom before a brief meeting with Kim Jong-un.

The impromptu meeting—planned in less than two days after Trump tweeted about wanting to meet with Kim—ended with an announcement that the two countries would restart working level talks in a bid to break the diplomatic impasse that has persisted since the failed Hanoi summit in late February.

Any “summit” arranged on such short notice is bound to contain more symbolism than substance, and many U.S. experts are rightly noting that today’s meeting has done little to move the needle toward denuclearization. However, looking at the handshake summit solely from the perspective of denuclearization misses other important aspects that increase the meeting’s significance when taken into account.

The handshake summit did not produce any obvious progress towards North Korea’s denuclearization, but it does have major implications for improving the general state of U.S.-North Korea relations.

While U.S. observers have paid more attention to the third item of the Singapore summit’s joint statement, which commits Kim to denuclearization, the first bullet point was explicitly focused on improving the relationship saying, “The United States and the DPRK commit to establish new U.S.-DPRK relations.”

Kim and Trump’s meeting moves both countries closer to this new relationship. North Korea and the United States were not in a good place after Hanoi. Communication channels shut down, Kim issued warnings in an April speech, rebuilt a satellite launching pad and test fired a new short-range ballistic missile.

If the impasse had persisted and the two sides dug in their heels it isn’t difficult to see how the two countries could return to the high tensions that were characterized by the “fire and fury” rhetoric of 2017. Instead, the leaders of North Korea and the United States held a summit on incredibly short notice and said they would try to break the logjam. Such a meeting was unthinkable just a short while ago.

Transforming the U.S.-North Korea relationship is the best path forward both for denuclearization and general stability. Denuclearization has always been a pie-in-the-sky policy objective, but changing the relationship is the best means to achieve that goal since it is the only way to address the structural factors that pushed North Korea to acquire nuclear weapons in the first place.

Even if relationship transformation fails to achieve denuclearization—a very likely outcome—it could open the door to negotiating other, more realistic agreements that restrain Kim’s nuclear arsenal and reduce the risk of armed conflict.

An approach that emphasizes new relations ahead of denuclearization will require the United States to make some difficult tradeoffs. It will almost certainly entail recognizing North Korea as a de facto, though probably not de jure, nuclear-armed state. This is not a welcome development, but it is one Washington will probably have to live with if it wants to make progress on other potential forms of arms control and risk reduction with North Korea.

After all, Washington may have been able to avoid this outcome if earlier agreements and negotiations, such as the Agreed Framework or Six-Party Talks, were successful. However, the current state of North Korea’s nuclear weapons program makes rigid U.S. insistence on denuclearization more of an obstacle to potential limited—but positive—developments.

Another important outcome of the handshake summit relates to Kim’s domestic position. Commentary articles in North Korean state media suggest that Kim faced domestic pressure to move away from diplomacy after Hanoi. Kim was pushed to abandon his new strategic line of “everything for the economy” and revert to a more military-focused policy.

Xi Jinping’s visit to North Korea, in which the Chinese leader praised Kim’s desire to improve the economy and supported his efforts to solve nuclear issues via diplomacy, could have given Kim the political breathing space to accept Trump’s invitation to meet at Panmunjom. Moreover, a high-profile, quickly-organized summit ending in a commitment to reopen closed communication channels further quiets those in Kim’s government who oppose diplomacy.

It is tempting to view the handshake summit as all show and no substance. Instead of getting the United States closer to its goal of denuclearization, it merely got Washington back to the position it was in at the start of 2019.
Many questions about the negotiating teams and the gap in the fundamental positions of the United States and North Korea—which produced the Hanoi failure—remain unanswered. There is ample opportunity for negotiations to go south after this meeting.
But recognizing the challenges ahead should not blind observers to the importance of what just happened. This meeting, with all its chaos, uncertainty, and reality TV characteristics, still marks a major qualitative shift in U.S.-North Korea relations.
If Kim and Trump can build on this meeting and keep transforming the underlying U.S.-North Korea relationship they have the potential to accomplish a lot of good for regional peace and security, even if the United States falls short of denuclearization.

Original content can be located at THE NATIONAL INTEREST 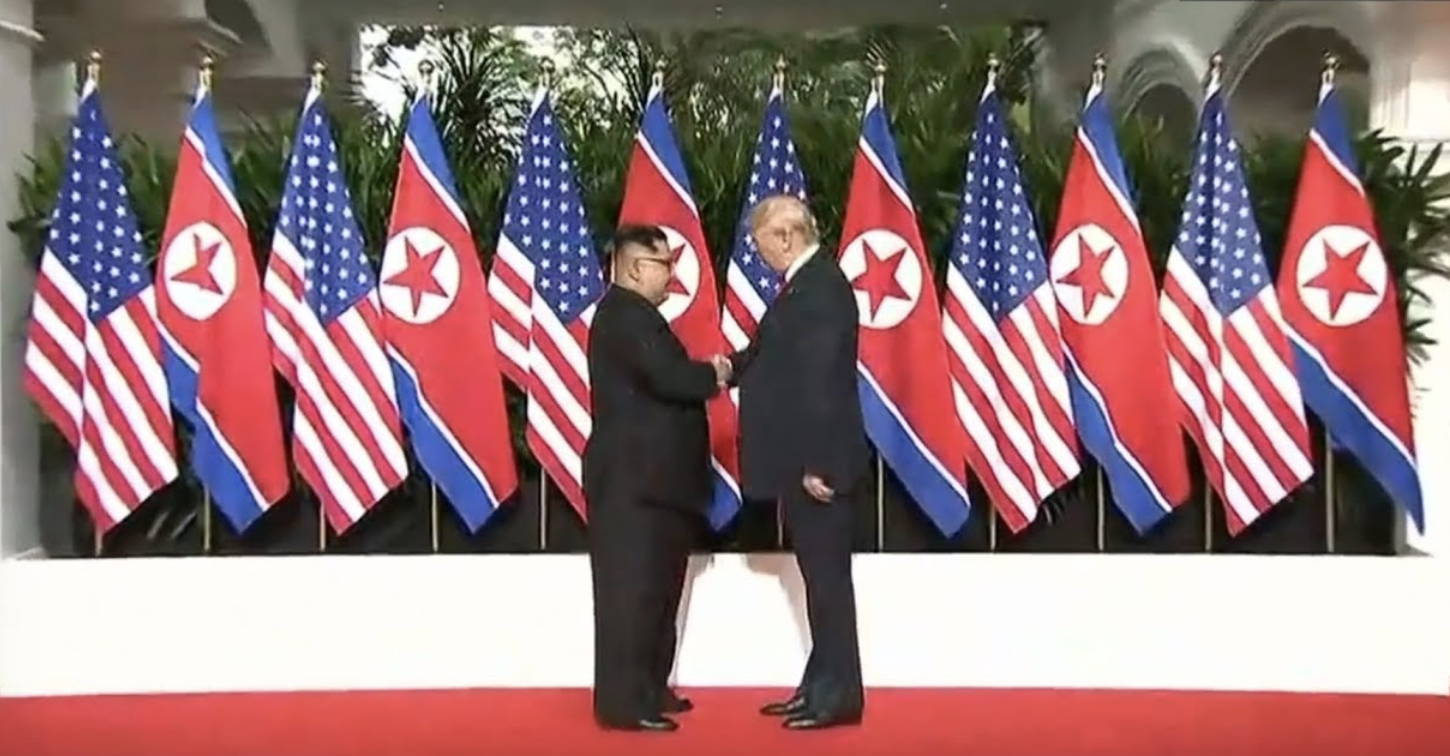