GET YOUR FREE KEEP AMERICA GREAT HAT
The president is sending his base a clear message: He’s still fighting even if his policies stumble.
President Donald Trump is on a mission to show supporters he’s still the same fighter they elected.He pushed back against establishment Washington on Thursday with a one-two punch — first by giving conservative bloggers a space to air their grievances about anti-conservative media bias, then by announcing an executive order to collect data about immigrants after the courts blocked him from adding a citizenship question to the census.
The actions — like so many other policies and events being organized by the Trump White House — aren’t likely to yield substantive policy changes. But they’re designed to appeal to the president’s conservative base as he heads into a tough reelection fight.

“That’s what the president does better than anyone: He fights,” said longtime Republican operative Ben Marchi, a Trump delegate to the 2016 national convention. “His ability to never say die is one that doesn’t mesh with the Georgetown establishment. They view it as simple-minded and unintelligent, but the reality is that regular Americans appreciate his dogged persistence.”

In 12 hours on Thursday, through speeches and on Twitter, Trump stepped directly onto some of the most volatile fault lines that could rev up his fiercest supporters: immigration, the Pledge of Allegiance, social media bias, unfair trade with China, big banks, Iran, special counsel Robert Mueller’s investigation into Russian election interference, impeachment and, of course, individual Democratic candidates for president.

It was a one-day sampling of what Trump hopes will give him a winning hand in 2020.

For two and a half years, Trump has railed against Democrats, the media and nearly all of Washington’s established institutions — caring little about perceptions by anyone but supporters who flocked to him in 2016 because they were frustrated by business as usual, people close to Trump say.

In many cases, Trump only achieves incremental steps or none at all — far from what he promised Americans when he was on the campaign trail in 2016. But most supporters still don’t see it as a failure. Instead, they see a man who is doing what he said he would.

Steve Cortes, a Trump ally who served on his Hispanic Advisory Council during the 2016 campaign and is serving on his 2020 reelection committee, described it as part of Trump’s “winning political formula for 2020.” 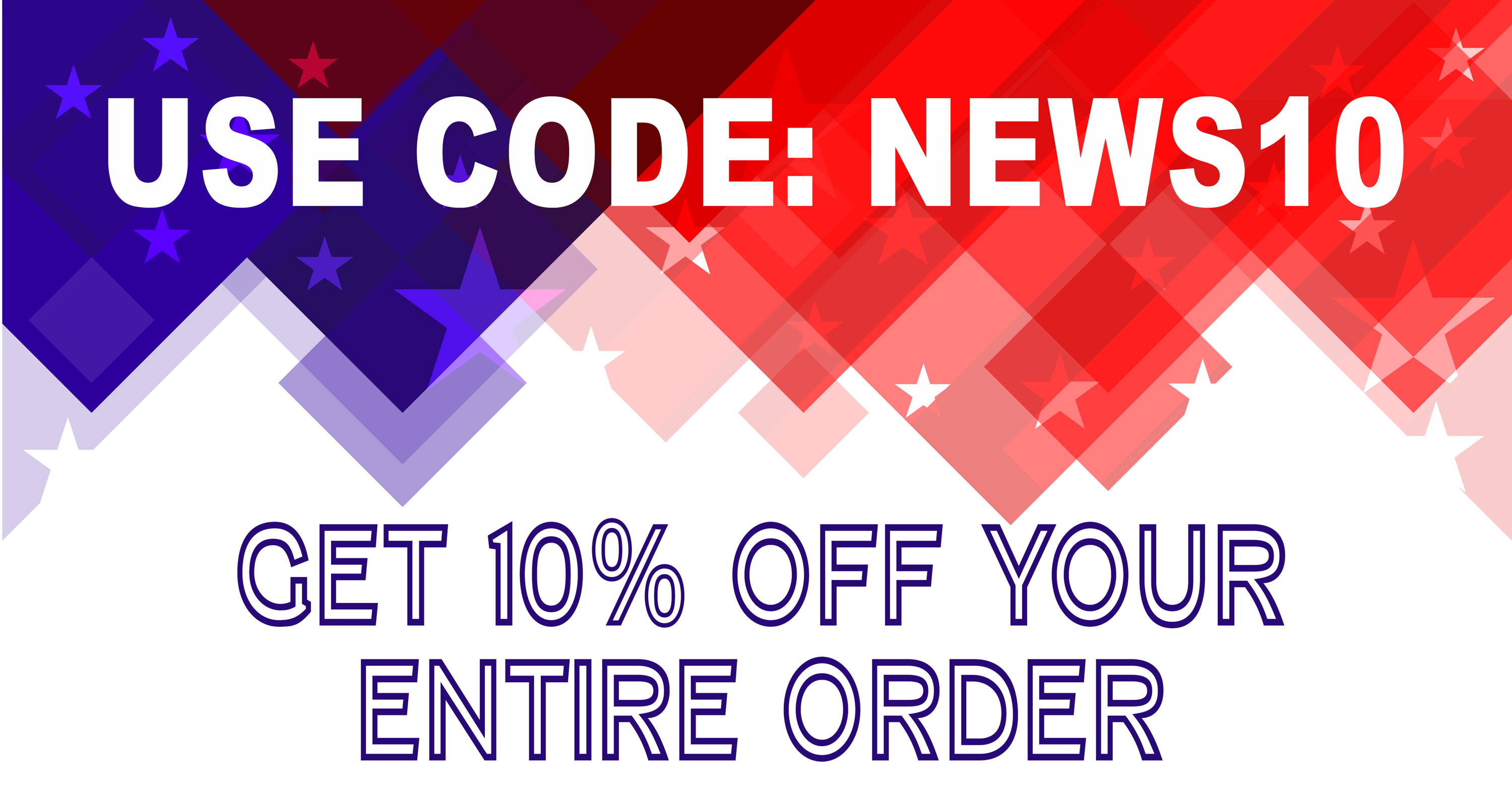 But a new poll this week backed up what many Republicans have been advising Trump for months: He has a path to reelection if he can stick to a message focused on the strong economy.

Fifty-one percent of those polled said they approve of the way Trump handles the economy — the only major issue area that he has positive numbers in — with 47 percent saying he deserves a large amount of credit for the state of the economy.

Still, Trump continues to veer off track, blasting his critics and talking up some of the nation’s most divisive issues including immigration.It‘s led some Republicans to worry that Trump spends too much time appealing to his base instead of expanding his supporters through more mainstream policies.

They lament that he has lost support of suburban voters in several key electoral states — including Michigan, Pennsylvania and Wisconsin — that were instrumental to Trump's 2016 Electoral College win but that Republicans lost in the 2018 midterms.

On Thursday, Trump blasted the mainstream media at a White House event with more than 100 people — some of whom have been accused of being extremists who promote hate — leading some critics to accuse him of using the official event for his campaign.

“We’re not going to be silenced,” Trump told the attendees of the social media summit.

Minutes later, he portrayed his immigration executive order as a win, even though it’s almost exactly what Census Bureau officials advised him to do after he lost his fight to put a citizenship question on the census.

"Today, I'm here to say we are not backing down on our effort to determine the citizenship status of the population of the United States," Trump said in brief remarks in the Rose Garden. He blasted Democrats for their "shocking" behavior, which he said was to try to hide the number of immigrants in the United States illegally.

Trump won the presidency in 2016 after pledging to crack down on illegal immigration, including building a wall on the southern border with Mexico, but many of his most significant proposals have been thwarted by Congress or the courts. In recent months, Trump has continued to try to push through his proposals but has been frustrated by his lack of success 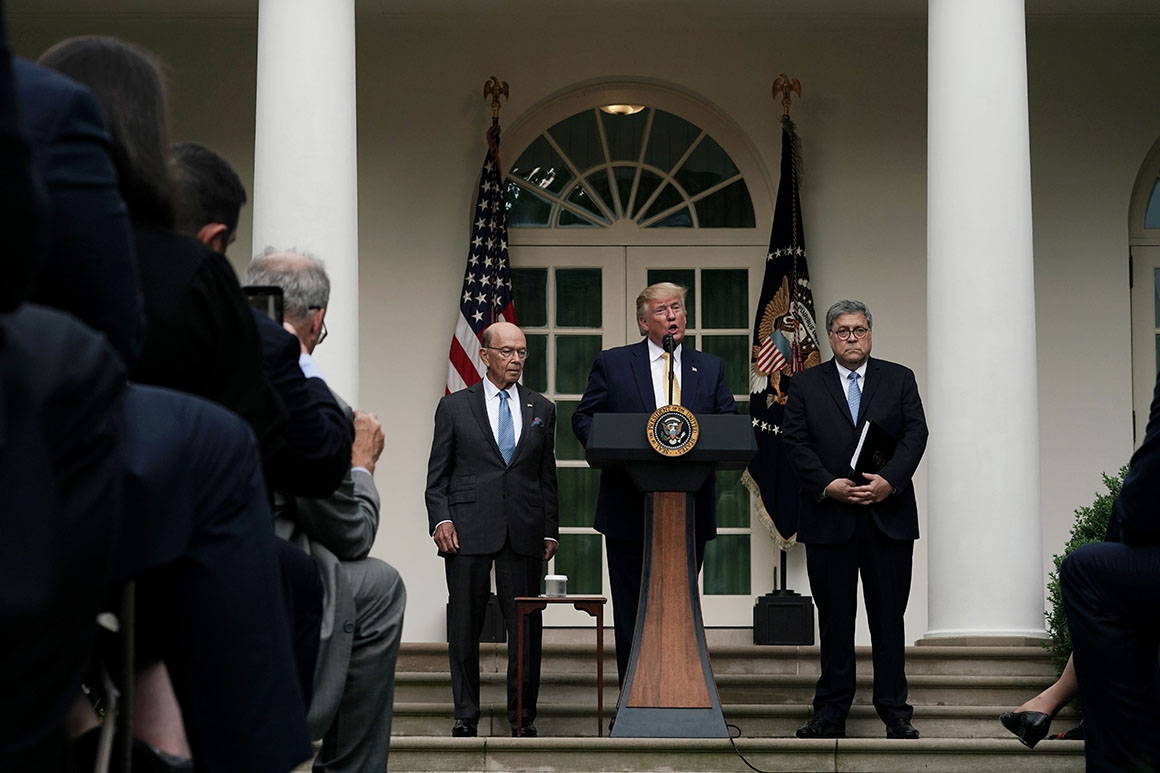 President Donald Trump makes a statement on the census with Secretary of Commerce Wilbur Ross and Attorney General William Barr in the Rose Garden of the White House on Thursday. | Alex Wong/Getty Images

A former Trump adviser who remains close to the White House said Trump still shows he’s engaged on the issues, including immigration, unlike other politicians of both parties who abandon their goals after they initially fail.

Michael Caputo, a top adviser during Trump’s first campaign, said Trump is trying to use immigration to help Republicans — and himself — succeed in battleground House districts where vulnerable Democrats need to indicate support for law-and-order measures on the border.

Immigration “has preoccupied Washington for two and a half years now,” Caputo said. “It’s moving in his direction. Just look at what the Democrats are saying.”

But veteran Republican strategist Doug Heye said Trump misses regular opportunities to tout the economy — his biggest reelection talking point. “It would behoove him to talk about the economy more,” he said.

Instead of working on broadening his base, Trump is counting on a different strategy altogether — getting his base to turn out, knowing that he has a narrower path to victory than in 2016, Heye said.

In addition to helping his campaign, Thursday's back-to-back events had an added benefit for Trump: They managed to drown out news of his Labor Secretary Alex Acosta’s controversial involvement as a prosecutor in wealthy sex offender Jeffrey Epstein’s plea deal in 2008.